Our motto is 'PER LABOREM ET AMOREM AD SAPIENTIAM', which means "THROUGH LABOUR AND LOVE WE ACHIEVE WISDOM".

The teaching of astrology has a long and historic tradition and the climate at the Australian Academy of Astrology & Cosmobiology is ideal for students with a genuine interest in learning and self-development.

The Australian Academy of Astrology & Cosmobiology is located in outer Melbourne at Mt. Eliza, Victoria, Australia.

There is also a Senior Research Group for our Academy graduates, many of whom are now practising professional astrologers.

Whilst some of our students hold University degrees, there is no pre-requisite educational requirement to study astrology. All mathematical formulas are streamlined and simplified.

PAMELA ROWE, LPMAFA, FMFAA, Diploma Cosmobiology (Hons) is one of the most highly qualified astrology teachers in Australia. She holds a Diploma in Cosmobiology (Hons. 1977), after studying initially with Doris Greaves.  Also the Professional qualification in Traditional astrology with the American Federation of Astrologers, Inc.(1992) She was later awarded the AFA Life Membership and was a member of the AFA Board of Directors for over 18 years.  In 1995 Pamela was appointed AFA 2nd Vice-President, a position she held for 17 years.

She is also a Fellow Member of the Federation of Australian Astrologers. During a 15 year period she held office as FAA Victorian Branch President, National Secretary and National Vice-President. In 1984 she was Convenor of 'Harmonice Mundi', the 5th FAA International Convention at Monash University, Melbourne.  After a vote by all delegates Pamela was presented with the "FAA Spirit of Harmonice Mundi Award" at the conclusion of the Convention.

She was the astrological columnist for the widely distributed Australian 'Sunday Herald-Sun' for nearly 2 years -- and 'PerthTimes' for 15 years.

Pamela presented the astrological component at the International Yoga Teachers' Association National Convention at Melbourne University in 1983 and joined well known Yoga teacher Valda Moore for several Yoga/Astrology weekend workshops in the 1980s.  In addition she taught Astrology at the Council of Adult Education, Melbourne for 11 years.

Articles on astrology and cosmobiology by Pamela Rowe have been published in Australia, USA and New Zealand, and translated and published by Reinhold Ebertin himself in Germany. Her research interest is health and her article on kidney disease was published in an Australian medical journal. Pamela has written two books "The Health Zodiac", which has already won an award and is being sold world-wide, plus more recently "Practical Guide to Astrology". 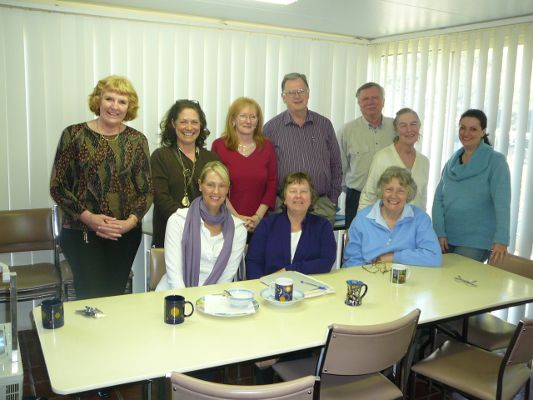 Our teachers are carefully selected for their qualifications and expertise.

Australian Academy of Astrology & Cosmobiology-accredited astrologers who teach at the Academy, have completed our Certificate and Professional level examinations and have many years of professional experience in astrology.

When specialized topics such as science, psychology and scientific astronomy are covered, lecturers with formal qualifications in these areas present them.

Prior to studying Astrology Principal Pamela Rowe worked for 8 years in a high level administrative position at a University Hospital Medical School in Melbourne Australia, assisting in the preparation of lecture notes and examinations for final year medical students.  This fueled her passion for teaching and health research.

Pamela commenced studying Astrology in 1971 with Doris Greaves, Founder of the Federation of Australian Astrologers.  Pamela worked with Doris and Len Bullen to help produce the early FAA Journals  and contributed articles for the FAA Journal over a long period of time.  After graduating Doris' course in 1977 Pamela commenced teaching Astrology and joined with Doris and Gillian Murray (now Helfgott) as Co-Principals of the Melbourne Academy of Cosmobiology.

In 1984 Pamela founded the Australian Academy of Astrology & Cosmobiology, creating her own Syllabus to include both Traditional Astrology and Cosmobiology techniques.

In 1985 Pamela created her own AAAC supervised examination system, based on her knowledge and experience.  AAAC has produced some outstanding graduates.  Many have served in high level positions with the FAA and received awards and many have written successful articles and books, published in Australia and overseas.

Some of our students have also taken the examinations of other astrological organizations and done extremely well.  Each astrology organisation has its own accreditation system.

THE AAAC CORRESPONDENCE COURSE was established by Pamela in 2001, due to a heavy demand from Australian country areas and from those whose work limited their attendance at regular classes.  These days all our lessons are conducted via correspondence and online communication.  They are individually graded and prepare students for the AAAC and AFA Certificate examinations, which are conducted under supervision and are copyright.

AAAC Courses recognize the huge volume of research in Astrology done by other astrologers worldwide.  We include many outstanding extracts and book recommendations in our lessons -- but naturally we always list the author of the intellectual property involved.

The AFA was established in 1938.  The AFA examination system and astrological qualifications are held in high esteem internationally.  Some of America's greatest astrologers hold these qualifications.

Pamela studied and sat two AFA examinations in 1992 and was awarded the AFA Professional Certificate qualification in Traditional Astrology.  She was later awarded AFA Life Membership.

At the AFA Chicago Convention in 1996 Pamela was awarded the prestigious AFA Catherine T. Grant Award for "Outstanding Education/Research Achievements in Astrology".

Astrologers can sit the American Federation of Astrologers, Inc. examinations here in Australia by contacting Pamela Rowe, AFA Australian representative, at pamrowe@astrocos.com.au   AFA exam candidates are not required to study with any particular astrology school or teacher -- self-taught students are also eligible to sit the exams.